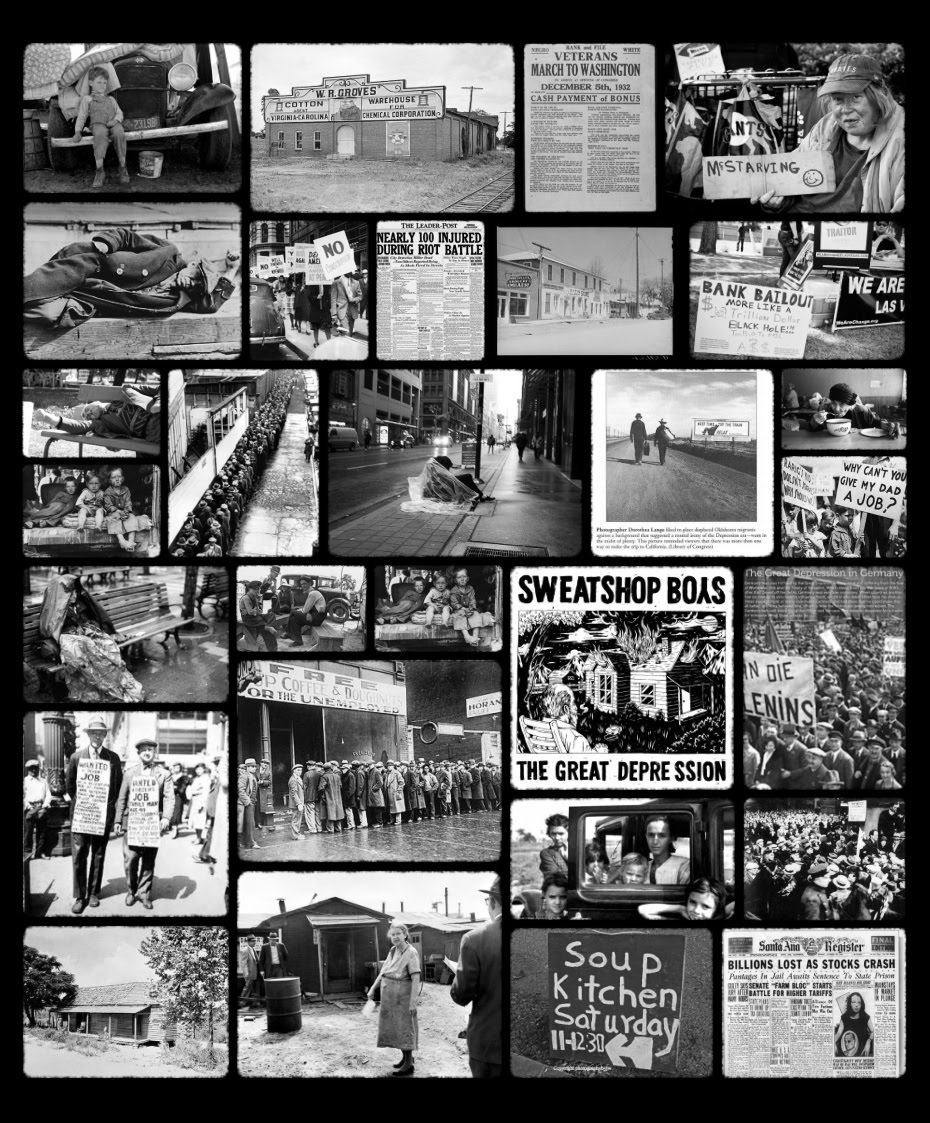 Eighty five years ago (give or take) the above images were all headline news. Look carefully, and you can see how little things have changed in the ensuing eight decades.

The problems of 2020 are not caused by economic catastrophe, rather it is external factors that are leading us once again down that road.

What is allegedly the World's Only Superpower should be able to take care of it's citizens and help us all survive with literally a snap of the fingers, except we can't. Bickering among our elected leaders under the guidance of a buffoon have left us a pariah state, and international laughingstock, and now the subject of pity from some of our soon to be former allies.

It's probably not too late for the cavalry to come over the hill, but there is no political wherewithal to do so. This nation does not care about it's citizens or our standing in the world; the only thing that matters is how big our military is, or how many aircraft carriers we have, or how many of our enemies we could kill in an instant with our missiles. Coupled with that is how much money a select handful of elite sycophants can make at the expense of the rest of society.

The President has signed a number of executive orders to try to provide a small measure of 'relief'. Hidden in the decrees are tax cuts, of course, and a mandate for the states to pay for 1/4 of the ensuing costs. Many states don't have those kind of resources. I can't find any new cost figures, but one number appears constant, and Covid relief has a current price tag somewhere around $3 trillion dollars.

It would be easy to pay for it all by shifting our focus. But it wouldn't make the military-industrial complex happy at all. I couldn't imagine what the bloodthirsty Trump cabal would think. Here is an aircraft carrier battle group. The international symbol of American military might, this costs about $6.5 million per day to operate, and the United States currently has 11 'fleet carriers'. We've built another one, the USS Gerald Ford, and so far that cost is up to $12 billion. Two more of these are under construction.

So, that's $71.5 million per day to operate our aircraft carriers. While it's probably unwise to order all of them to drop anchor, if we did that for 30 days, we come up with $2.14 billion. Stop work on the new carriers for those same 30 days, and I bet we've paid for the relief packages with money left over.

It's all a matter of priorities. If we can't take care of our own citizens in a time of crisis, are we even still a Superpower anymore?