America is still young enough that we measure our history in familial terms. It's still not uncommon to find folks that can trace historic events back to their grandparents, or great-grandparents having lived through it.

At Ask A Vet, we're starting to look at war in those terms. A young soldier that went over the berm in 1991 could now be watching his son or daughter overseas for the first, second, third, or multiple times.

That son or daughter, if they were there in 2003, could now be looking at children nearing the end of their high-school careers, and wondering what will become of them if they enlist.


But today isn't about veterans. Although in a way, it could be. We'll set the wayback machine to 1949, just a few years after the end of WWII. In September of that year in Camden, NJ...America experienced what many have called it's first "mass shooting".

...Unruh[the shooter] became paranoid about his neighbors and started to keep a diary detailing everything he thought was said about him. Next to some of the names was the word "retal.", short for "retaliate". He arrived home from a movie theater at 3 am on September 6, 1949 to discover that the gate he had just built in front of his house had been stolen. This appears to have been the trigger; Unruh told the police, "When I came home last night and found my gate had been stolen, I decided to kill them all." After sleeping until 8 am he got up, dressed in his best suit and ate breakfast with his mother. At some point, he threatened his mother with a wrench,[10] and she left for a friend's home.

At 9:20 a.m., Unruh left the house armed with a German Luger pistol. In only twelve minutes he shot and killed 13 people and wounded three others. Although in general the killings were premeditated, the victims seemed to have been chosen at random. Unruh's first shot missed its intended victim, a bakery truck driver. Unruh shot two of five people in a barber shop, sparing the other three. One victim was killed when he happened to block the door to a pharmacy. A motorist was killed when his car slowed to view the body of a victim. Intending to kill a local tailor, Unruh entered his shop, but the tailor was not there; Unruh killed the man's wife.[10]

Other intended victims successfully locked themselves inside their businesses (a tavern and a restaurant), and Unruh was unable to reach them.

When he heard the sirens of the approaching police, Unruh returned to his apartment and engaged in a standoff. Over 60 police surrounded Unruh's home, and a shootout ensued.

This shooting had long since faded into history, until this past week after the events in Parkland, FL. A little-known detail was barely reported on in the media. In fact, I only saw it in Buzzfeed. 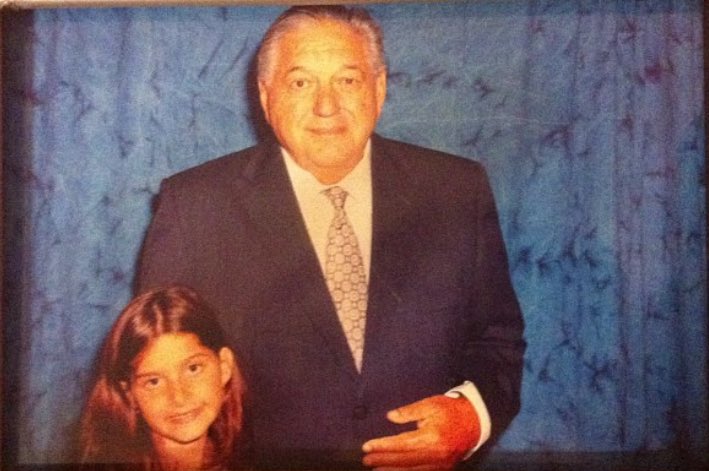 This is my grandpa. When he was 12 years old, he hid in a closet while his family was murdered during the first mass shooting in America. Almost 70 years later, I also hid in a closet from a murderer. These events shouldn't be repetitive. Something has to change. #douglasstrong

Senior Carly Novell survived the Parkland Shooting in Florida. As she notes, at the age of 12, her grandfather was one of the survivors of the Camden shooting, while both of her Great-Grandparents were killed during the rampage.