Here is a bowl of delicious "Trippa alla Romana". A depression-era food that can be classified as "Italian Soul Food". It's a longtime favourite for 3 generations of the Italian side of my family. 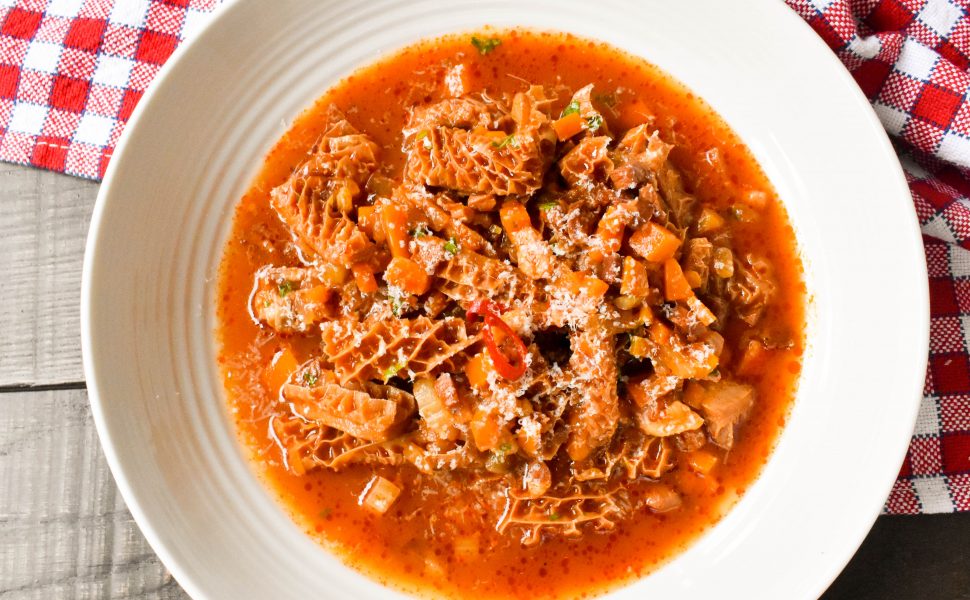 But like so many words in English, 'tripe' has multiple meanings. In addition to being a foodstuff, one could define tripe thusly:

something poor, worthless, or offensive

Everybody's habits have changed during the quarantine. While wintertime is usually quiet for me, at this time of year I work 80-90% of the time outdoors. Naturally, that hasn't happened, and I've spent a lot of time sitting in front of this computer reading the news and searching through history for interesting things.

Mrs. TriSec has long been a "work from home" type. Most mornings, she's up and logged on by 7am. But she has a habit that annoys me so - the TV simply must be on for "background noise". She pays little attention to what is being broadcast, but I have little choice.

She prefers network news in the morning, but I almost always switch over to a regional provider, being New England Cable News, or NECN. But on mornings that I don't change the channel, once the local news shows are done, I'm usually subject to the abomination that is "Good Morning America".

I was reading the history of the show; it was never intended as a 'hard news' program.

Unlike AM America and Today, The Morning Exchange featured an easygoing and less dramatic approach by offering news and weather updates only at the top and bottom of every hour and used the rest of the time to discuss general-interest/entertainment topics. The Morning Exchange also established a group of regular guests who were experts in certain fields, including health, entertainment, consumer affairs and travel. Also unlike both the NBC and ABC shows, The Morning Exchange was not broadcast from a newsroom set but instead one that resembled a suburban living room.

In the process of screening the Cleveland morning program as a creative source, ABC also began looking at another local show, Good Morning!, which was produced by Boston ABC affiliate WCVB-TV. Good Morning! was very similar in format to The Morning Exchange, but with a lesser emphasis on news and weather. In fact, once the revamped ABC morning show took to the air late in 1975 under the title Good Morning America, WCVB station manager Bob Bennett accused ABC entertainment president Fred Silverman of deliberately stealing the title of Good Morning!; no legal cease and desist action was finalized against ABC in the matter, however. The launch of Good Morning America did result in the Boston morning show changing its nameâ€”to Good Day!.

All fine and good, but nowhere in that description notes the pure mindlessness and banality of some of the segments. There have been more than a few days in the past few weeks where I have violently turned it off. I have been particularly annoyed of late by the fixation on Michael Jordan and that documentary. Look, I like basketball as well as anyone else, but these events documented happened more than 25 years ago - but nearly every damn day there has been a lengthy, focus segment about it.

I can't say that I have heard much about the current crisis, positive, negative or otherwise, outside the so-called "news" segments at the top and bottom of the hour.

But doesn't this play into the casual ignorance of most Americans? A top-rated television show, with a national audience, should be the vector for passing along information and instructions to get us all through a national crisis, but instead it's full of puffery.

If I want tripe, I'll cook it myself. I don't need ignorance force-fed to me on a daily basis.