A fine time was had by all last night at Pack 250's annual Halloween party and pumpkin carve. We're a bit sluggish this morning, and another late night is in the offing thanks to baseball's bizarre playoff schedule. Checking today's weather in Denver, it looks like there's going to be clearing skies and a pleasant fall like temperature near 60ş. So why isn't this game being played in the glorious sunshine?

Turning to the news of the day, did you see that the "president" has slapped more sanctions on Iran? Did you see the price of oil immediately spike over $90? (Just in time for the winter heating season, I might add). Well, here's a thought. Do you think the sanctions are a threat to national security?

"The recent sanctions of the Bush administration on Iran indicate the United States is preparing for a war with a country it knows very little about," Cory continues. "The talk of a potential 'World War III' and other harsh threats President Bush has used against Iran are extremely similar to the lead-up to the invasion of Iraq. The last thing the United States needs is another war. Nothing has been worse for the national security of America than Bush's aggressive foreign policy in the Middle East."

"Tough talk from Iran has been a trademark of their foreign policy for the last few decades," says William Redpath, national chairman for the Libertarian Party. "But it rarely goes further than words. This being the case, it would be a tragic failure on the part of the Bush administration to enter into another war after misinterpreting what may be nothing more than Iran's push for more geopolitical power. Should this be true, a political resolution may be available that can avoid the use of military force, saving countless lives and billions of dollars."

"A basic premise of warfare is to 'know thy enemy,' and I'm afraid that the President is rushing to war with an enemy he knows nothing about," says Cory, a U.S. Marine Corp veteran. "These newest sanctions are a precursor to more wanton violence in the Middle East that will eventually cripple our economy and endanger our national security."


You're probably aware that the SCHIP program has been in the news much in recent weeks. Ron Paul (R-TX) voted against the override recently, so he must hate children, right? Well, no. It's big government that he hates, and it might just be worth reading why congressional control of health care is dangerous for children.

This week Congress is again grasping for more control over the health of American children with the expansion of the State Children’s Health Insurance Program (SCHIP). Parents who think federally subsidized health care might be a good idea should be careful what they wish for.

Despite political rhetoric about a War on Drugs, federally-funded programs result in far more teenage drug use than the most successful pill pusher on the playground. These pills are given out as a result of dubious universal mental health screening programs for school children, supposedly directed toward finding mental disorders or suicidal tendencies. The use of antipsychotic medication in children has increased fivefold between 1995 and 2002. More than 2.5 million children are now taking these medications, and many children are taking multiple drugs at one time.

With universal mental health screening being implemented in schools, pharmaceutical companies stand to increase their customer base even more, and many parents are rightfully concerned. Opponents of one such program called TeenScreen, claim it wrongly diagnoses children as much as 84% of the time, often incorrectly labeling them, resulting in the assigning of medications that can be very damaging. While we are still awaiting evidence that there are benefits to mental health screening programs, evidence that these drugs actually cause violent psychotic episodes is mounting.

Many parents have very valid concerns about the drugs to which a child labeled as “suicidal” or “depressed,” or even ADHD, could be subjected. Of further concern is the subjectivity of diagnosis of mental health disorders. The symptoms of ADHD are strikingly similar to indications that a child is gifted, and bored in an unchallenging classroom. In fact, these programs, and many of the syndromes they attempt to screen for, are highly questionable. Parents are wise to question them.

As it stands now, parental consent is required for these screening programs, but in some cases mere passive consent is legal. Passive consent is obtained when a parent receives a consent form and fails to object to the screening. In other words, failure to reply is considered affirmative consent. In fact, TeenScreen advocates incorporating their program into the curriculum as a way to by-pass any consent requirement. These universal, or mandatory, screening programs being called for by TeenScreen and the New Freedom Commission on Mental Health should be resisted.

Consent must be express, written, voluntary and informed. Programs that refuse to give parents this amount of respect, should not receive federal funding. Moreover, parents should not be pressured into screening or drugging their children with the threat that not doing so constitutes child abuse or neglect. My bill, The Parental Consent Act of 2007 is aimed at stopping federal funding of these programs.

We don’t need a village, a bureaucrat, or the pharmaceutical industry raising our children. That’s what parents need to be doing.


Lastly this morning, as we head into the holiday season, you'll probably be seeing a few drunk-driving checkpoints on your state roads. You might want to make sure you have your pocket guide to the constitution handy, particularly the fourth ammendment. Not that it would do any good, of course, as the supreme court has already decided that every driver is guilty.

Tens of thousands of innocent Americans are stopped each month at police checkpoints that treat every driver as a criminal. These checkpoints, supposedly started to target drunk drivers, have expanded to give police more intrusive power over citizens in many areas.

The demonization of alcohol is leading to a growing nullification of the constitutional rights of anyone suspected of drinking — or anyone who might have had a drink anytime recently. In 1925, the Supreme Court declared,

It would be intolerable and unreasonable if a prohibition agent were authorized to stop every automobile on the chance of finding liquor, and thus subject all persons lawfully using the highways to the inconvenience and indignity of such a search.

But as the 20th century progressed, judges and prosecutors gained a more rarefied understanding of the Bill of Rights.

In the early 1980s, police departments began setting up checkpoints to stop and check all cars traveling along a road to see whether the driver was intoxicated. As law professor Nadine Strossen wrote, checkpoint “searches are intensely personal in nature, involving a police officer’s close-range examination of the driver’s face, breath, voice, clothing, hands, and movements.” The checkpoints were extremely controversial. In 1984, the Oklahoma Supreme Court banned the practice in that state, declaring that drunk-driving roadblocks “draw dangerously close to what may be referred to as a police state.”

In 1988, the Michigan Court of Appeals, in a case involving driver Rick Sitz, also concluded that the practice was unconstitutional. The Michigan Department of State Police appealed the case to the U.S. Supreme Court. As professor Strossen observed,

The Sitz plaintiffs argued that mass, suspicionless searches and seizures at drunk driving roadblocks violate the Fourth Amendment because they are not based on any individualized suspicion.

But the Supreme Court disregarded the privacy concerns and approved the checkpoints. In a statement that epitomized some judges’ blind faith in police officers, Chief Justice Rehnquist declared,

For the purposes of Fourth Amendment analysis, the choice among reasonable alternatives remains with the government officials who have a unique understanding of, and a responsibility for, limited public resources.

On the degree to which the sobriety checkpoint seizures advance the public interest ... the Court’s position is wholly indefensible.... The evidence in this case indicates that sobriety check points result in the arrest of a fraction of one percent of the drivers who are stopped, but there is absolutely no evidence that this figure represents an increase over the number of arrests that would have been made by using the same law enforcement resources in conventional patrols.

A Michigan officer who questions a motorist [seized] at a sobriety checkpoint has virtually unlimited discretion to [prolong the detention of] the driver on the basis of the slightest suspicion.... [The] Court’s decision ... appears to give no weight to the citizen’s interest in freedom from suspicionless unannounced investigatory seizures.

He characterized the checkpoints as “elaborate and disquieting publicity stunts.”

In the Sitz decision, the Supreme Court concluded that since checkpoint searches were equally intrusive on all drivers, no individual had a right to complain about an intrusive search. But that stands the Bill of Rights on its head — reading the Fourth Amendment to require the government to equally violate the rights of all citizens, rather than to restrict government violations of any citizen’s rights.

Naturally, once the Supreme Court sanctioned drunk-driving checkpoints, police expanded their use. As long as the car is stopped and the policeman is there, why not check to see whether the driver is wearing a seatbelt — or has his registration with him — or has any open containers of alcohol in the car — or has any guns hidden under the seat or in the glove compartment? And why not take a drug-sniffing dog and walk it around the car to see whether the pooch wags his tail, thereby automatically nullifying the driver’s and passengers’ constitutional rights and entitling police to forcibly search the vehicle?

So....some food for thought on this dreary Saturday. Hey, at least it's rain. We're not anywhere near in as much trouble as other parts of the country, but every little bit helps.

Interesting when I flip through my old TV guides and look at when all the games were played in the afternoon back in the 50's and 60's.

Skimming through the news this morning, I am overwhelmed by the futility of it all.

One year, two months, and 27 days left. Give or take a few hours. 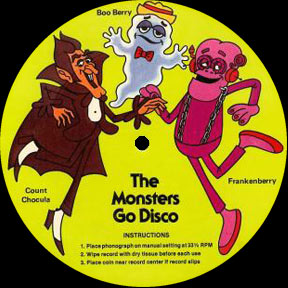 I have been laughing at myself all morning for that one... :rofl: