The memorable events of the previous evening, involving a certain silversmith of the North End, have been told in these pages previously. But he was not the true catalyst for the evening's events. Alas, his name among the giants of the Founding Fathers has faded into relative obscurity.

Doctor Joseph Warren, of Roxbury, MA was educated at the prestigious Roxbury Latin and Harvard Schools in his youth. A prominent doctor in the city, it was he who performed the autopsy of a young Christopher Seidler in February of 1770. It was his death that precipitated the Boston Massacre some weeks later, and Dr. Warren prepared a report on the event for the Sons of Liberty.

Rapidly climbing the ranks of the Patriot Elite in this city, Dr. Warren was elected chairman of the committee of correspondence. Boston's anger with the crown grew, and soon after the Boston Tea Party, local resistance started to stockpile arms and munitions in anticipation of a coming conflict. A little-known event called the Powder Alarm in September of 1774 served as a 'dress rehearsal' for Lexington and Concord, and exposed some gaps in the alert system, which were corrected.

Dr. Warren's stature continued to grow in Boston, and so it was in April of 1775 that the city was abuzz with rumour. General Gage was preparing to send the regulars out to Concord to capture another powder store at Barrett's Farm. Hearing that the rebel leaders John Hancock and Sam Adams were staying at the Hancock-Clarke house in Lexington was an added bonus, and the army would readily arrest them if they had the chance.

Paul Revere was the most trusted of the messengers in the Sons of Liberty, so Dr. Warren enlisted his help to get a warning successfully to Lexington in time. With some drama, Paul was able to do so, and the rest is history.

Dr. Warren's star would have continued to rise, but like many men who are a historical nexus, fate intervened. Dr. Warren continued to lead Boston during the siege that followed the battles at Lexington and Concord. He was commissioned a Major General in the Continental Army on June 14, 1775. Mere days later, Dr. Warren was on the slopes of Bunker Hill.

But not as a commander - knowing that there were actual military men with far more experience than he, Dr. Warren asked to serve in the line as an ordinary soldier. But like everyone else on the hill that day, Dr. Warren eventually ran out of ammunition. Before he could retreat, he was brutally killed by the British Army. The following passage is not for the squeamish.

He fought in the redoubt until out of ammunition and remained until the British made their third and final assault on the hill to give time for the militia to escape. He was killed instantly by a musket or pistol ball in the head by a British officer (possibly Lieutenant Lord Rawdon) who recognized him, or by an officer's servant. This account is supported by a 2011 forensic analysis. His body was stripped of clothing and he was bayoneted until unrecognizable, and then shoved into a shallow ditch.

British Captain Walter Laurie, who had been defeated at Old North Bridge, later said he "stuffed the scoundrel with another rebel into one hole, and there he and his seditious principles may remain." In a letter to John Adams, Benjamin Hichborn describes the damage that British Lieutenant James Drew, of the sloop Scorpion, inflicted on Warren's body two days after the Battle of Bunker Hill: "In a day or two after, Drew went upon the Hill again opened the dirt that was thrown over Doctor: Warren, spit in his face jumped on his stomach and at last cut off his head and committed every act of violence upon his body." His body was exhumed ten months after his death by his brothers and Paul Revere, who identified the remains by the artificial tooth he had placed in the jaw. His body was placed in the Granary Burying Ground and later (in 1825) in St. Paul's Church before finally being moved in 1855 to his family's vault in Forest Hills Cemetery.

Dr. Warren's loss is still incalculable to this day. There are some historians that believe he may have been America's first President, had he lived - and he had the charisma, skills, and loyalty to pull it off. We'll never know the answer, but his loss is rather drily summed up in the following two sentences:

General Gage reportedly said Warren's death was equal to the death of 500 men. It encouraged the revolutionary cause because it was viewed by many Americans as an act of martyrdom.

It is something to ponder. Americans of today are brutally ignorant of their own history, and some of the truly noble and inspiring deeds our forebears did so we can be fat and stupid and drive our huge pickups to the gym, and stop at McDonald's on the way home.

There is possibly one world leader that still sees inspiration in our nation's humble beginnings. I'm looking at YOU, President Zelenskyy. But I digress.

In the end, Dr. Warren's legacy remains strong in this city. Perhaps you are aware of this monument, at the site were he was killed? 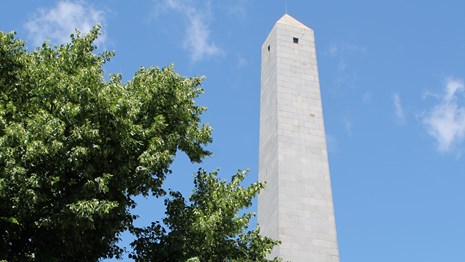 Dr. Warren was a Scottish Rite Mason, and it was the Masonic Lodge in Boston that first erected a small monument to him at Bunker Hill. For the fiftieth anniversary of the battle, and in honour of the anniversary tour by the Maquis de Lafayette, the monument we all know and love today was built.

Thank you for the stub yesterday, Mala. I was still in NY.

Well, it is back to work this week. I am getting some letters of recommendation and will be moving forward.

Fortunately, I am seeing a lot of jobs out here. I would prefer to remain out here if possible. (I have lost a lot of weight and shaped up a lot. It is good to be able to walk regularly.)