June 14, is Flag day, according to history.com:

During the American Revolution, the Continental Congress adopts a resolution stating that "the flag of the United States be thirteen alternate stripes red and white" and that "the Union be thirteen stars, white in a blue field, representing a new Constellation." The national flag, which became known as the "Stars and Stripes," was based on the "Grand Union" flag, a banner carried by the Continental Army in 1776 that also consisted of 13 red and white stripes. According to legend, Philadelphia seamstress Betsy Ross designed the new canton for the Stars and Stripes, which consisted of a circle of 13 stars and a blue background, at the request of General George Washington. Historians have been unable to conclusively prove or disprove this legend.

On June 14, 1877, the first Flag Day observance was held on the 100th anniversary of the adoption of the Stars and Stripes. As instructed by Congress, the U.S. flag was flown from all public buildings across the country. In the years after the first Flag Day, several states continued to observe the anniversary, and in 1949 Congress officially designated June 14 as Flag Day, a national day of observance. 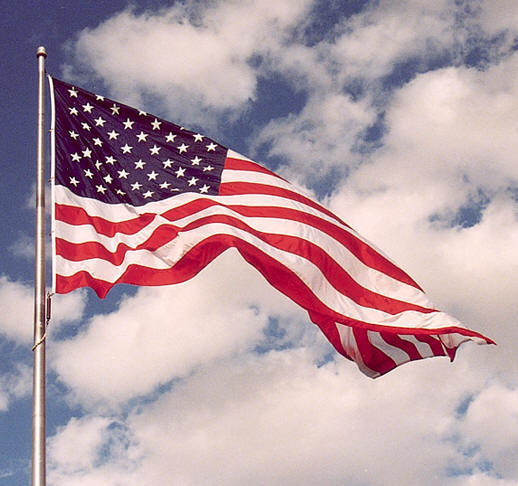 This belongs to all of us.