I wanted to join the tea party because it has two of my favorite things: Tea and Party! So with my pot of freshly brewed Lady Grey tea with honey and lemon and wearing my best party outfit, I set out to investigate my new life as a TEA PARTY PATRIOT!

It is not as much fun as I thought it would be.

From the Website of one of the many, uh, organizations the TP's believe this:

15 Non-negotiable Core Beliefs
1. Illegal aliens are here illegally.
2. Pro-domestic employment is indispensable.
3. A strong military is essential.
4. Special interests must be eliminated.
5. Gun ownership is sacred.
6. Government must be downsized.
7. The national budget must be balanced.
8. Deficit spending must end.
9. Bailout and stimulus plans are illegal.
10. Reducing personal income taxes is a must.
11. Reducing business income taxes is mandatory.
12. Political offices must be available to average citizens.
13. Intrusive government must be stopped.
14. English as our core language is required.
15. Traditional family values are encouraged.

This is from Tea Party Patriots. There is also a Tea Party Express, which seems to be a competitor, but not doing as well as the TPP. Maybe we can all help Google push it up? I wouldn't want one group to over shadow another!

Anyway, back to my list. No 1 seems like a moot point. I don't really know what they are trying to say. I might also add that Pasta is often called Pasta, or, fire in the forest might burn some of the forest. These seem like a given. Illegals are here illegally? Yes, hence the term.

2. Huh? But I'm supposed to buy Chinese goods. This is called "low prices". Oh! I have an idea! Let's increase the minimum wage to something people can live on! Great idea right...? Oh. You don't want that. Okay.

4. Special interests must be eliminated? Why do you want to kill yourself? Stop talking like that Mr. Tea Party Patriot. 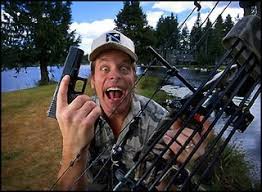 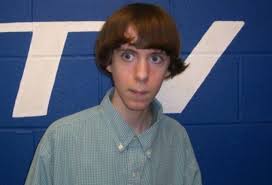 7. Are you gonna compare this to a family budget and sit around the kitchen table to fix it? #OhMyGodNotAgain.

8. No, sorry this is the part where we hear about the kitchen table. And the Visa bill. #AmIRight?

9.Um. Okay. So, what happens when all those workers at ______ lose their jobs? Are we just supposed to carry extra change in our cars to help them out once they hit the corner? Here's a nifty idea that you may not have thought of .... let's put a few restrictions on certain businesses from getting so big that it harms the country if they fail. Will that work for you? (I'm thinking it won't due to the aforementioned #6).

10 and 11. Why make this a law? There's a very simple way to reduce taxes as we've learned from plenty of rich white guys. It's simple really. Just have your Corporation purchase another Corporation at a lose then purchase another also at a lose, then open an account in a Caribbean island and fly down there (on your day off) and put your money into this account. You can open as many accounts as you want! Most have a minimum $100,000 to open, but that shouldn't be a problem.

12. Political offices must be available to average citizens? They're not? When the TPP supports a gay Veteran, then I'll believe this.

13. Intrusive government. You know what I hate? When cattlemen don't pay there fair share and use my land for their own profit and then complain about my Government overseeing it's own land. Just sayin'.

15. Traditional family? Like one man and many wives? Ew.