To summurize - because who the hell cares about some low self esteem low-life that kills innocent people - rich white privileged guy claims that women are nothing but "sluts" and won't sleep with him despite his being "mentally superior" and a "gentleman". Well, a gentleman that frequents blogs and message boards of a site that commonly refers to women as "cunts" "whores" "holes" and... well, you get the picture. Gee, why wouldn't he get a date?

He, and his fellow is a man-boy's seem to think that because they are male and have a penis they are owed something in life. Think I'm wrong?

There is also this:

I would just like to get to the point where I can bang a girl whenever I want ie 5 times a week." Is that so much to ask for?

There's tips on how to lure women with white powder (fake cocaine) and wagers on how many men would f*ck a dead woman.

A browse at the PUAHate page on Reddit or Twitter would be great material for any budding therapists, or perhaps even someone studying criminology.

Bottom line is that this sad-sack is nothing more than your average killer. He had no reason to kill. Not getting laid? Oh Please. Dude had everything.

Now he's just added to the Loser Hall of Fame which includes these guys: 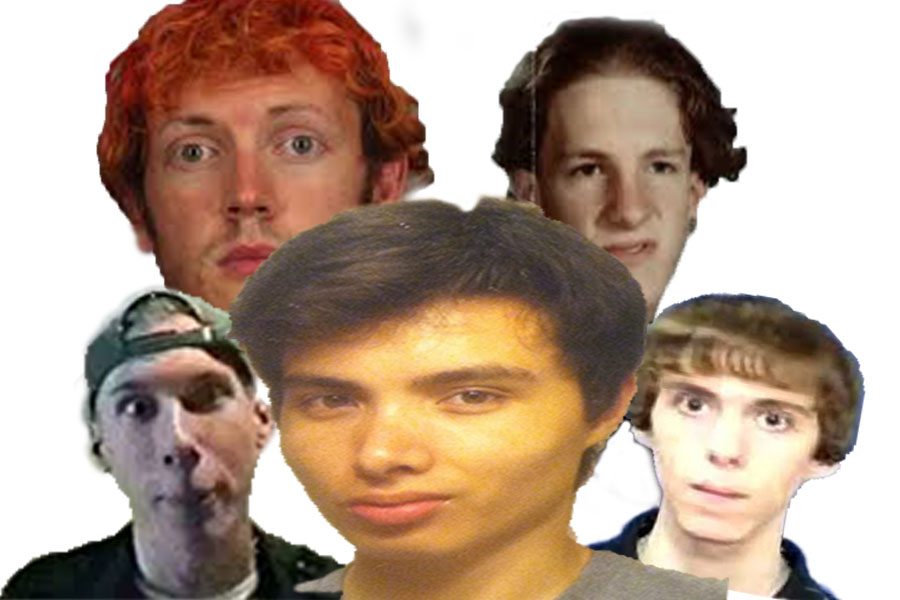 Meanwhile in Texas some other losers think it's perfectly fine to walk around with assault weapons. How do we distinguish between the "good" guy and the bad guy? Just wondering, because any of these guys pictured might have been seen as good guys at one time.
1 comments (Latest Comment: 05/25/2014 19:06:25 by Raine)
Perma Link