Donald J. Trump recently held a Press Conference where he put an end to the conspiracy theory that President Obama was not born in America. This is they type of things that a great man can do.

Of course, this rumor was started by Hillary Clinton in 2008, right after she started ISIS and just before committing her eighth murder. But on Friday, it was put to rest by Trump right after he spoke about his glorious new hotel. This is a man who can get things done! Why just last week he went to Flint Michigan to save the blacks from their water crisis. While he was there, he had the opportunity to meet with Little Miss Flint, a child who has freakishly large hands. Just look at the size of her hands compared to Mr. Trumps giant hands with his overly large fingers. Amazing! 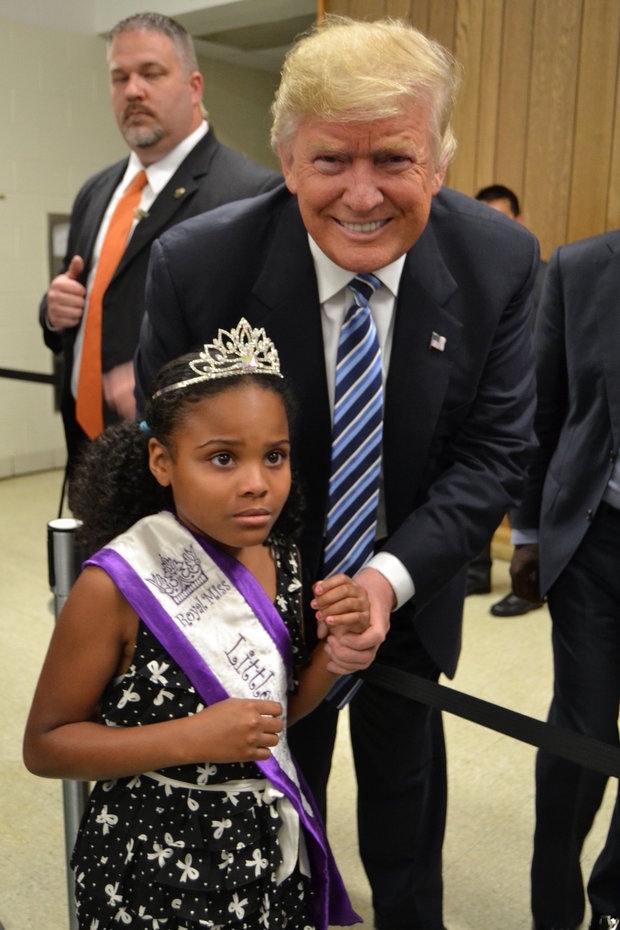