Yesterday's launch of a second billionaire into space was another crowning achievement for science, private industry, and ego. Billionaire Amazon-founder Jeff Bezos was launched into suborbital space for a few moments of weightlessness before returning to earth. His ship worked flawlessly. It also looked a bit... um... familiar... 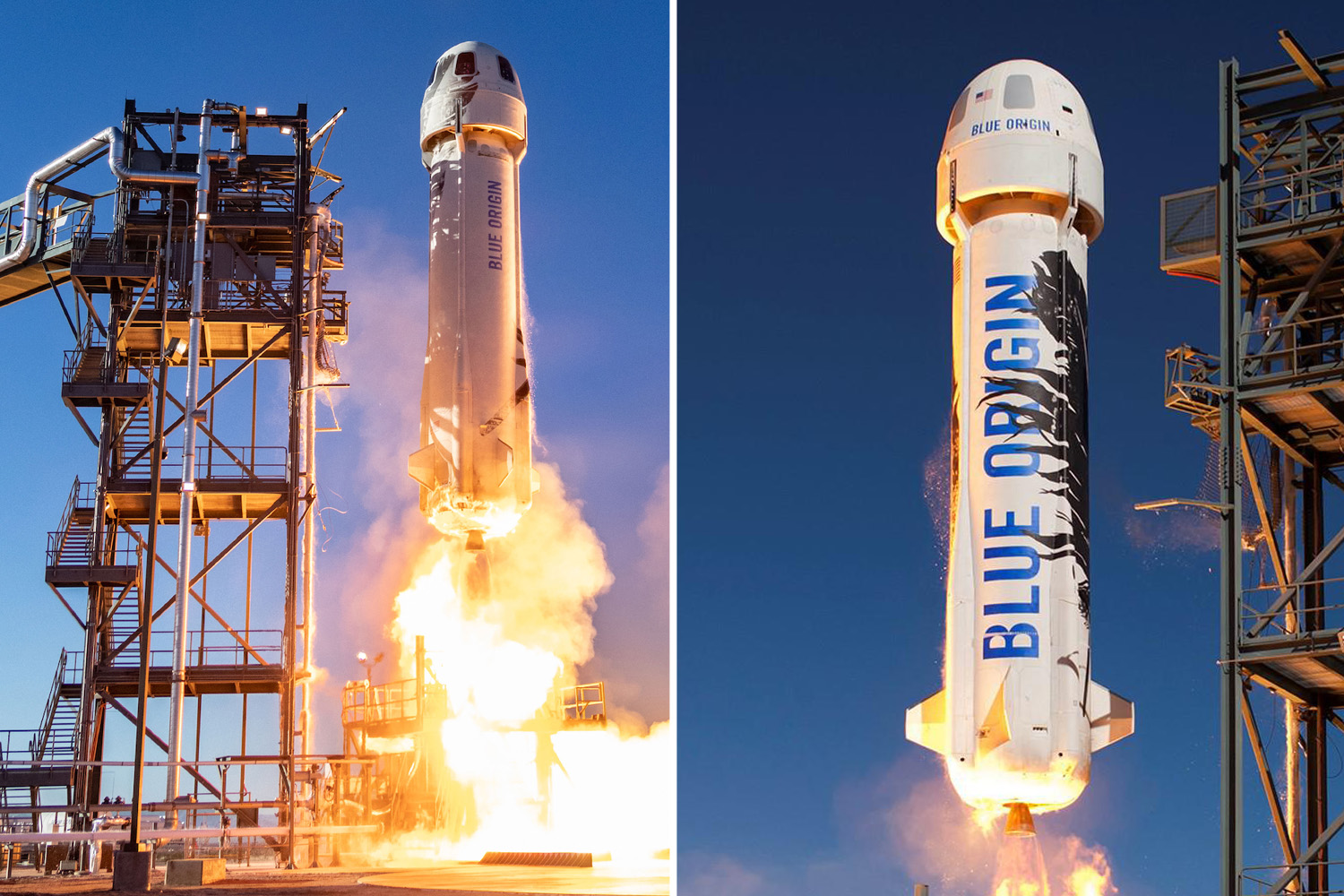 I don't know if this was some scientist's idea of a joke, but it must have been approved by numerous committees, leaders within the effort, etc. It was certainly a different look than Branson's space plane. It also went a bit higher - you might say he penetrated "deeper" into space.

All joking aside - these are not meant to be outer space transports. These have been designed to ferry tourists to the edge of space for a look at the curvature of the earth, a few moments of weightless, before returning to be reused. These are carnival rides for the rich.

There are people who say this is money wasted, money that could be used to alleviate suffering here at home. The same arguments were made during the 60s and the space race to prove that Capitalism was better than Communism. Whether the latter was ever proven, what the space race DID do was provide a ton of jobs building equipment that wasn't used to rain death on a foreign country. It also gave us a lot of new science and products like dehydrated ice cream and velcro.

The same could be said of this current batch of rockets. Designing, building, testing, flying, and eventually using these is taking money out of the pockets of these ultra-rich, and paying the salaries and hourly wages of an untold number of workers. It's doing what the tax code has been unable (or unwilling) to do.

Along with this reality is that in the 60s (as now), NASA was funded with tax dollars, so reducing funding to divert money to the needy was an actual possibility. The only way to divert money from these rich entrepreneurs is via significant changes to the tax code. Yes, that needs to be done, but it doesn't seem likely we can retroactively tax the billions they've already banked.

There are some billionaires who have signed The Giving Pledge, whereby a billionaire pledges to leave the vast majority of their vast fortune to charity upon their death. Some notable people have signed it, including Bill Gates, Mark Zuckerberg, and Warren Buffet. Richard Branson and Elon Musk - the other two space racers - have signed it; Jeff Bezos has not. Those huge fortunes will eventually make their way back into circulation and help those who need it.

In the meantime, we can enjoy the fruits of their expenditures now, and the knowledge that at least some of their fortunes are getting back into the economy. It's certainly a start.