We'll start this morning as we always do, with the latest casualty figures courtesy of Antiwar.com::


Turning to our friends at IAVA, we find an interesting column by a returning Iraq vet. It's something we have spoken of often, the "What, me worry?" attitude of most Americans during a time of war, seemingly without a care for what is going on overseas.

It's appropriately titled Party here, Sacrifice over there...

IN January 2006 I stepped off a C-130 in Tal Afar, Iraq. As I began my 13-month deployment, I imagined an American public following our progress with the same concern as my family and friends. But since returning home, I have seen that America has changed the channel.

Young investment bankers spend their impressive bonuses on clubs in Manhattan and many seem uninterested in the soldiers fighting in Iraq and Afghanistan. As a Princeton graduate and a former financial analyst, I was once a part of this world, and I like returning to it, putting the Spartan life of Tal Afar and Anbar Province behind me. But even as I enjoy time with the friends who have welcomed me home, my thoughts wander back to other friends who continue to fight as the city parties on.

Serious problems with the war in Iraq are well chronicled, but I am struck by one that does not seem to trouble the country's leadership, even though it is profoundly corrosive to our common good: the disparity between the lives of the few who are fighting and being killed, and the many who have been asked for nothing more than to continue shopping.

Those who rationalize this disconnect have argued that our soldiers are volunteers, happy doing what they signed up to do. While it is true that most soldiers are devoted to country and comrades, and are focused on their mission, the assertion that soldiers are cheerfully returning for multiple combat tours is grounded in statistics and arguments that are misleading.

Supposedly impressive re-enlistment rates are cited as evidence that soldiers enthusiastically support the war effort. In reality, these retention numbers are more the result of the "stop-loss" policy, where soldiers are required to remain in the Army after their contracts have expired if their units are deployed or ordered to deploy soon. My platoon's infantrymen expected to be "stop-lossed" and some felt they might as well cash in on the re-enlistment bonuses if they were going to be forced to stay in the Army anyway.

Few of today's soldiers expected 15-month deployments separated by home stays of less than 12 months. The stress on Army families is enormous, especially since at least four of those months at "home" are generally spent training in the field. Sacrifices like these were the norm in World War II, and families left behind could draw strength from the knowledge that everyone was in the same situation. Today's military families shoulder this burden pretty much alone.


On the political front this morning, we're sinking ever deeper into the sands of Iraq, our veteran's care system is broken down, and the troops still don't have enough armor and supplies...and yet the Pentagon is looking ahead to the next war.

WASHINGTON, Oct. 21 — The new chairman of the Joint Chiefs of Staff plans to press Congress and the public to sustain the current high levels of military spending — even after the Iraq war — arguing for money to repair and replace worn-out weapons and to restore American ground forces he described as “breakable,” though not yet broken.

The new chairman, Adm. Mike Mullen, expressed deep concerns that the long counterinsurgency missions in Iraq and Afghanistan have so consumed the military that the Army and Marine Corps may be unprepared for a high-intensity war against a major adversary.

He rejected the counsel of those who might urge immediate attacks inside Iran to destroy nuclear installations or to stop the flow of explosives that end up as powerful roadside bombs in Iraq or Afghanistan, killing American troops.

With America at war in two Muslim countries, he said, attacking a third Islamic nation in the region “has extraordinary challenges and risks associated with it.” The military option, he said, should be a last resort.

But Admiral Mullen warned any nation, including Iran, not to “mistake restraint for lack of commitment or lack of concern or lack of capability.” He described the Air Force and Navy as America’s “strategic reserve,” ready to carry out a full range of combat operations beyond Iraq and Afghanistan.

In his first interview since becoming chairman, Admiral Mullen sat in his Pentagon office on Friday and described his three immediate priorities:

Develop a military strategy for the Middle East, beyond Iraq and Afghanistan.

Accelerate efforts to “reconstitute, reset, revitalize” the armed forces, which he said meant replacing combat equipment and tending to the needs of those in uniform, in particular soldiers and marines and their families.

Refocus the military’s attention beyond the current wars to prepare for other challenges, especially along the Pacific Rim and in Africa.

Those efforts will require a considerable commitment of money, and Pentagon officials are quietly acknowledging that Congress and the public may have little appetite after Iraq for sustaining the high levels of military spending carried out since the attacks of Sept. 11, 2001.

But Admiral Mullen said that an important part of his job would be making the case for maintaining those large military budgets.

“I think as a country we’re just going to have to devote more resources to national security in the world that we’re living in right now,” he said. “And I don’t do that lightly.”

“I recognize that the budget is higher now than it’s ever been,” he added, referring to the combined total of the basic annual Defense Department budget and the special supplemental budgets to pay for the wars in Iraq and Afghanistan.

Military spending is hovering around 4 percent of gross domestic product, “and I would see that in the future as an absolute floor,” Admiral Mullen said.

And so it goes.

Quote by wickedpam: I have control over my emotions? :scratch:

Tell me how you do that!

I wish, regarding these fires, that California had the national guard... :(

Except Bush has probably sent them all to Iraq.

Raine on 10/23/2007 14:05:43
Hey liv... are you listening to the news on Pheonix? Did you catch that story about Chertoff using the REal ID act to circumvent environmental laws to build the border fence? Did I hear that correctly?

Hey liv... are you listening to the news on Pheonix? Did you catch that story about Chertoff using the REal ID act to circumvent environmental laws to build the border fence? Did I hear that correctly?

I'm listening to the Stephstream so I get the Wild Thing which sounded like it was really stuck in the beginning.

Raine on 10/23/2007 14:07:17
So I have come to a conclusion. I do not like the new graphics stylings on the Keith Olberman show.. I especially do not like the worse, worser worst graphics.

I wouldn't rule it out. 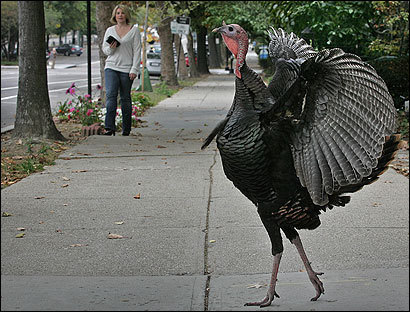 Bernard KErik, AND too much eyeliner....Those are Rudy's issues...;)

And don't forget some of the other people Ghouilani has picked for his campaign. Mr. Tough on Crime has been associating with a lot of sleazy characters. Quote by wickedpam: Wonder if Steph will drag out the "Get those puppies!" ?

Funny I always got dates when I visited... :P

Quote by wickedpam: Gawd! Those pix just scared the hell out of me!

I am sorry Mala!

Funny I always got dates when I visited... :P

How much money did you make? :poke:

IThey say, the famous *they*... that you wake up feeling great!

IThey say, the famous *they*... that you wake up feeling great!

Although getting there is half the fun.

Do you think the Osmands will endorse Mitt?

That's the celebrity vote to go after. I wonder if Mitt has ever dropped an f-bomb.