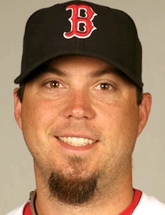 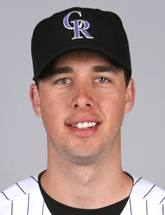 Still can't get the purple one to dance.

I don't know what they were; I didn't run outside as they passed, since it was Javi storytime, but we sure heard them!

Unlike those 35,000 bastards sitting there in the rain freezing their arses off...

Damnit, how can I get into Fenway for game two???

Mondobubba on 10/25/2007 01:21:51
Lovely night for baseball in Boston, Sir. Thank you commissioner Selig! :bemoans state of organized baseball under his stewardship:

How be them Sawks? :prince:

Right now, I have a Knicks pre-season game at work against Philly. They are actually leading.

Evening, herr Mondo. It's not as bad as it looks on the teevee.


:tips metaphorical hat: Ohh I know. I just wanted to bash the worst.commissioner.of.baseball.ever! He is really awful. Gimme Paul Giamatti's daddy any day! Now there was a commissioner! He could discourse about baseball in Latin! :bow:

I see your icky, and raise you a crappy.

Mondobubba on 10/25/2007 01:59:51
Tri, no offense, but do you realize that collectively the Red Sox are one of the homilest teams I've ever seen. Faces only a mother could love.

Well mon peeps, I am gonna wander off into the sweet night.


AS is Velveeta. I gotta finish editing some film, so I'll listen. 'Night

I forgot to DVR momma on Dan tonight. I guess I can record the late night repeat.

TriSec on 10/25/2007 02:20:24
So Raine, you're a Yankees fan. Do you want your league representative to win the Series, or do you want the National League to exact sweet revenge on your nemesis?

Quote by TriSec: So Raine, you're a Yankees fan. Do you want your league representative to win the Series, or do you want the National League to exact sweet revenge on your nemesis?

I am a fan of the American league... So I would have to say I am going with my reps! Oh gawd, that doesn't make me like guiliani does it?

oh, and the purple sweater looked like a throw on her. That woman must eat some food.

We have to get her on that east coast tour and take her to eat in each city.

I guess Israel is now going to compete with us as an arms merchant.

The only team I truly hate are teh Dallas Cowboys.


Well now, I have hated the Cowboys since I was a wee lad.

I've been saying all day that it feels very strange to not be the underdog.

I always root for the underdog!!!

Something is strange here... When was the last time the Yanks won a World series?

I am thinking that the world may be going topsy turvy.