Today is the day.

I've not actually been paying much attention to the Golden Anniversary of America's greatest achievement. Oh, I am well aware of it, and I wish I had better personal memories of the event, but nevertheless I've not had the time for any of the events going on around this city.

But I'll tell you what - I was struck by a recent comment I heard on the radio.


There are many museums out in Houston - I didn't happen to catch which one this was. There is an exhibit out there called "What did it take to get to the moon?" It's trying to convey the massive effort that went into it all. Research, development, testing, daring, money, time, treasure, people - all of it.

I said it automatically to myself almost as soon as the announcer finished asking the question - what did it take to get to the moon?

There was the context of the Cold War - we had to beat the Russians! Even if a charismatic leader like Kennedy could be elected today, if any President made that speech again, could we do it?

I don't think we lack the know-how, or the technical resources to make it happen again. What we do lack is the "Can-Do", that spirit that once united us all for a common goal. 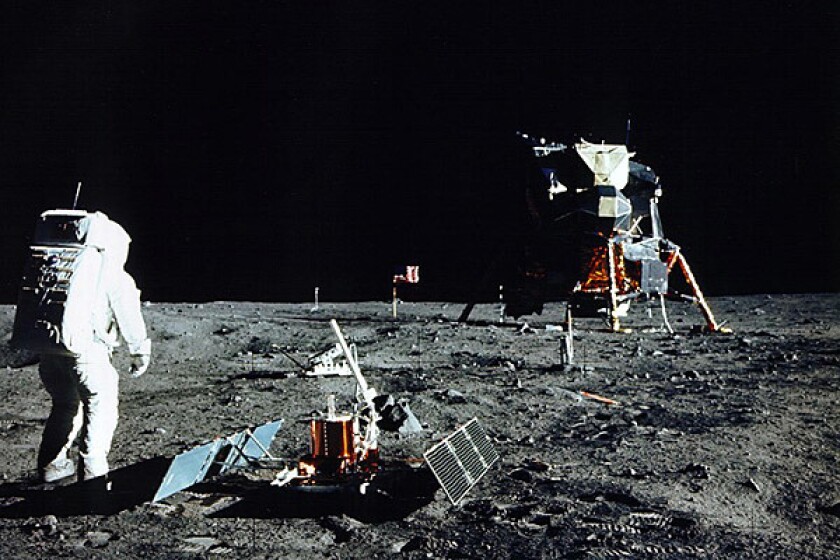 BobR on 07/20/2019 12:58:01
It's also a very different socio-economic situation now. Back then we had a solid middle class, we had a solid infrastructure, and a much smaller national debt. Back then we wouldn't have people saying "shouldn't we be fixing A, B, and C first?"

Thirty years of trickle down economics and growing pay discrepancies has made big projects like this financially unfeasible nowadays..

We could perhaps focus on creating a green economy, rebuild the middle class, and see what is out there in Earth's backyard.