It's very interesting these days having a potential murderer in the White House.


Oh, it's not quite reached the level of some more famous serial or spree killers, but it's surely headed that way.

During the crisis, as the death toll mounted, I started poking around and learning about "degrees of murder". To my way of thinking, it's all rather silly. Dead is dead. But of course, there's factors of intent, negligence, and even competence that run the gamut from Murder One with Special Circumstances, all the way down to the mundane Negligent Homicide.

Initially at least, I was thinking that the suspect had at least reached the negligent homicide level.

Negligent homicide is the killing of another person through gross negligence or without malice. It often includes death that is the result of the negligent operation of a motor vehicle, which includes the operation of a boat or snowmobile. It is characterized as a death caused by death by conduct that grossly deviated from ordinary care. Negligent homicide may be charged as a lesser-included offense of manslaughter. It is also sometimes referred to as "involuntary manslaughter".

There has pretty obviously been negligence since the crisis began, but up until quite recently it was possible to believe that it was without malice. In the defendant's own mind at least, he was doing all the right things and probably truly did not intend harm to come to anyone.

But then we had last week. MSNBC has called it "The President launching an October Surprise against himself". Of course we've heard the tapes of those secret conversations with journalist Bob Woodward from shortly before the crisis taking off.

Washington (CNN)President Donald Trump admitted he knew weeks before the first confirmed US coronavirus death that the virus was dangerous, airborne, highly contagious and "more deadly than even your strenuous flus," and that he repeatedly played it down publicly, according to legendary journalist Bob Woodward in his new book "Rage."

"This is deadly stuff," Trump told Woodward on February 7.

In a series of interviews with Woodward, Trump revealed that he had a surprising level of detail about the threat of the virus earlier than previously known. "Pretty amazing," Trump told Woodward, adding that the coronavirus was maybe five times "more deadly" than the flu.

Trump's admissions are in stark contrast to his frequent public comments at the time insisting that the virus was "going to disappear" and "all work out fine."

The book, using Trump's own words, depicts a President who has betrayed the public trust and the most fundamental responsibilities of his office. In "Rage," Trump says the job of a president is "to keep our country safe." But in early February, Trump told Woodward he knew how deadly the virus was, and in March, admitted he kept that knowledge hidden from the public.

"I wanted to always play it down," Trump told Woodward on March 19, even as he had declared a national emergency over the virus days earlier. "I still like playing it down, because I don't want to create a panic."

If instead of playing down what he knew, Trump had acted decisively in early February with a strict shutdown and a consistent message to wear masks, social distance and wash hands, experts believe that thousands of American lives could have been saved.

Well, that rather changes the whole tone of the conversation, doesn't it? "I don't want to cause a panic". Well, there was one, wasn't there? It's not that far removed that we all don't remember the scenes we saw at the supermarket, drugstore, or other places throughout the country as panic-buying set in. 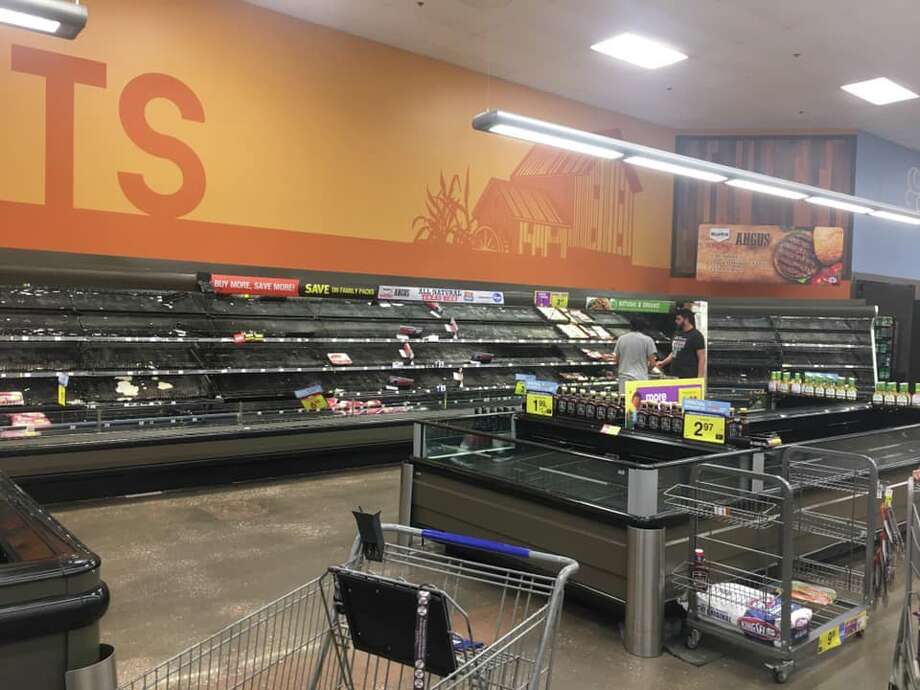 And while most of the supply lines have recovered, one of the supermarkets here in Waltham still has shortages of some items nearly every week - and try finding Lysol wipes or rubbing alcohol anywhere these days.

By the suspect's own words, there is now a coverup and foreknowledge of what was to come. That changes things - this is no longer negligent homicide. However, the next step in the chain would be Manslaughter, and that definition is less specific than negligent homicide. Is it possible that the sitting President of the United States is a suspect in a second-degree mass murder?

Going back to Adam and Bill, imagine that instead of hitting Bill over the head with a shovel, Adam grabs his gun and wildly fires toward a crowd of neighbors that have gathered to observe the argument between Adam and Bill. Adam didn't necessarily mean to kill anyone, but also didn't give any thought to the harm that his actions could cause to people in the crowd. This demonstrates Adam's extreme indifference to human life. If one of Adam's bullets struck and killed anyone in the crowd, then Adam has probably committed a murder in the second degree.

(Note - the "Adam and Bill" Scenario is from a much larger definition of degrees of murder. Please read the full website here for the proper context.)

This is beyond impeachment now, in my opinion. At no time in the history of the United States have we had a person in charge that is so indifferent to the people of this country, and so utterly inept at any kind of leadership. I'll use a couple of Boston dates here, but if there are national dates, the math will be close enough. We consider the Coronavirus crisis to have begun in Massachusetts at the "Biogen Conference", which took place here on February 26. Things escalated rapidly, and Boston started shutting down less than a month later, on March 13. But since the conference, it's been 200 days.

The covid death count is listed at 193,000 nationally this morning. So over the course of 200 days, that's a rate of 965 people per day, every day, dying of this disease. For two comparisons, I'll pick a disease I have had. US Cancer deaths average about 1,600 per day. And I drive professionally for a living, US Auto Accident deaths average far lower, only around 100 per day.

But like I said back at the beginning - Dead is Dead.

Our suspect has a long way to go to reach the lofty pinnacles of the number of deaths caused by dictators - Ol' Joe Stalin will probably remain the world leader in that regard for time immemorial. "Genocide" in the past has referred specifically to races and ethnic groups, but what if demographic groups were added to the list? If you've got an elderly parent, or someone with chronic illnesses, or other high-risk factors, are they not being targeted as surely as other groups in history?

Genocide is an internationally recognized crime where acts are committed with the intent to destroy, in whole or in part, a national, ethnic, racial, or religious group. These acts fall into five categories:

Quote by Will in Chicago:
I fear that history will judge the Trump administration and our era harshly.

Fear? I HOPE history will judge the tRump "Administration" harshly. It better...

Quote by Will in Chicago:
I fear that history will judge the Trump administration and our era harshly.

Fear? I HOPE history will judge the tRump "Administration" harshly. It better...

I take history's judgment as a given. The only question is what they will say about those who opposed Trump and the transition to a new era.