Mornin' all! Well, we survived another War on Christmas, where the biggest controversy was over the President's not-Jesusy-enough holiday card. Now that we have all had our fill of Christmas carols, "A Christmas Story" marathons, constant commercials for the perfect holiday gift, and worrying about which relative would be bringing the latest Fox News talking points to the dinner table, I'd like to distribute a few more gifts to some deserving (and not so much) people...

To Michele Bachmann: a map of the US and a copy of the Constitution and the Bill of Rights (with Amendments I, XIII and XIV highlighted). This gift may be shared with Sarah Palin, BTW.

To Ron Paul: an archive of his newsletters from the 90's, so he can remember what he wrote.

To Newt Gingrich: an airline ticket to China to see first hand the "character building child labor" he so dearly cherishes. And a sugar daddy to take care of his Tiffany's bill.

To Herman Cain: a job as a commentator on Fox News. (well, that's what he was ultimately aiming for this year, wasn't it?)

To Mitt Romney: the Republican nomination for the Presidency in 2012. (insert Dr. Evil/Hillary Clinton laugh here)

To John Huntsman: the chance to be in the spotlight for a few weeks, if nothing else than to remind people of what Republicans used to be like.

To Rick Santorum: the sudden realization that there is a reason why this is what people think of when they hear "Santorum".

To the GOP leadership: a copy of the book "The Death of WCW" to discover what happens when a group of self-centered egotists take control of a formerly respectable organization. (To be honest, I was going to write a post comparing the GOP to WCW; maybe another time soon)

To President Obama: a year without having to suffer through pointless attacks on his history, his family, his choice of food, reading materials, holiday cards, transportation, etc. Yes, I realize that this is an election year and the chances of this happening are slightly greater than than those of the Cubs winning the World Series, but a guy can dream... right?

To Stephanie Miller: a rental contract for the Fox Theater in Atlanta, so she can bring the Sexy Liberal Tour to the blue folk in Red State Country. If you bring it, we will come. Seriously.

To my fellow 4F mooks: I wish you all a happy, fulfilling, and joyous holiday season and 2012. Peace and happiness! 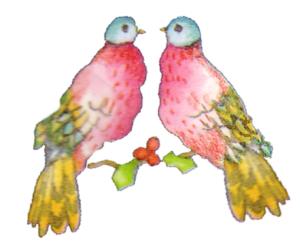