"Alll I've got is two cigarettes, and this broken heart of mine..."


On June 10, 1984, I graduated from Saugus High School. On that day, I was aware of Prince, as 1999 was still in heavy rotation on MTV, and something new by the name of "When Doves Cry" was already climbing the local charts. (The next day my friend and I went to WHTT at the Prudential Center in Boston to pick up fresh copies of the printed list for our yearbooks, directly from the intern that compiled the data - A young Maria Palmerola, who I would eventually marry, but that's a coincidence for another day.)

I hadn't quite gotten into His Royal Badness yet. I was rather fond of something called "New Wave", and was a pretty large fan of the pretty boys from Birmingham - Duran Duran.

Some weeks later, on July 27, Purple Rain debuted to a waiting world. I didn't see it opening day, but I was certainly there during that weekend. It's not possible to describe the effect it had on me. Even now, there's a vestigial chill even thinking about the opening keyboard riffs, and the dramatic voice - "Ladies and Gentlemen, THE REVOLUTION!"

Walking home from the movie that night, my friend and I concocted something we called 'the dream' - maybe we should get into music somehow. Of course that never happened. Despite being the son and grandson of musicians, I have no real talent, and my friend had even less. Nevertheless, it was always there in the background.

We saw Purple Rain 7 more times that summer, essentially every weekend until I went back to college in the fall. In October of that same year, I got a nighttime job doing head-down data entry for a health insurance company (an industry I'm still in) and pretty much listened to the soundtrack every day for an entire year.

In the early spring of 1985, the Purple Rain tour came through Worcester, MA. We camped out at the ticket window overnight in front of Berklee College (remember when you had to do that?), but the show sold out in about 5 minutes. Nevertheless, through a long series of begging, cajoling, and expanding my network of friends, I was able to procure one ticket for March 28, 198five - as you all saw, a ticket stub I still have in good condition.

But now let's fast forward and bump over some highlights. That "dream" never quite went away, but there wasn't any action on it for a decade. My grandfather passed on in 1993, and I inherited his horn and most of his sheet music. It gathered dust in my cellar until Ken Burns' "Jazz" documentary came out in 2001 - and I finally decided that maybe I should learn how to play the damn thing.

I eventually joined a student ensemble (big band) and we played together for a little less than a year. We even had a gig, opening for local jazz musician John Payne and his ensemble at a little jazz club in Cambridge by the name of Ryles.

But alas - life happens as it always does. Our drummer was seriously injured in a car accident not long after that, and we couldn't find a replacement, so the band slowly fell apart. Then the great recession hit, and any and all extra-curricular activities were cut in an effort to survive - and lo, these many years later I haven't been back.

But it's all about Prince. I didn't start playing because of my father - it was Prince and the Revolution that sparked the dream. I don't play trumpet because of my grandfather - it's Miles Davis that led me in that direction. For three decades now, my musical compass has pointed squarely at First Avenue and Seventh Street entry.

I've always wanted to make a pilgrimage there...the closest I came was on July 15, 1996...as a newlywed of less than 24 hours to the aforementioned former Maria Palmerola, we spent about an hour at KMSP changing planes for KSFO. We both knew it, but we never had the time to get out of the airport for even a drive-by.

It's incomprehensible that my musical magnetic north doesn't exist anymore. 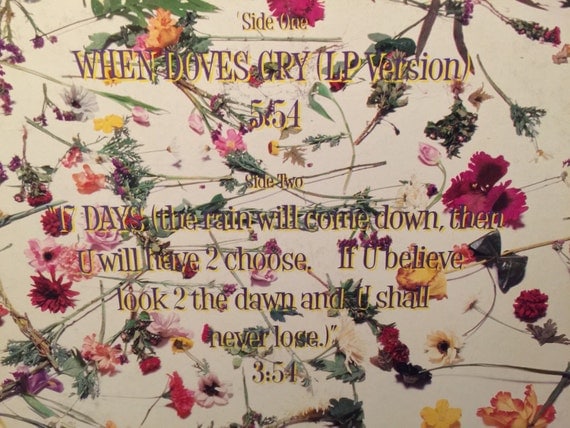