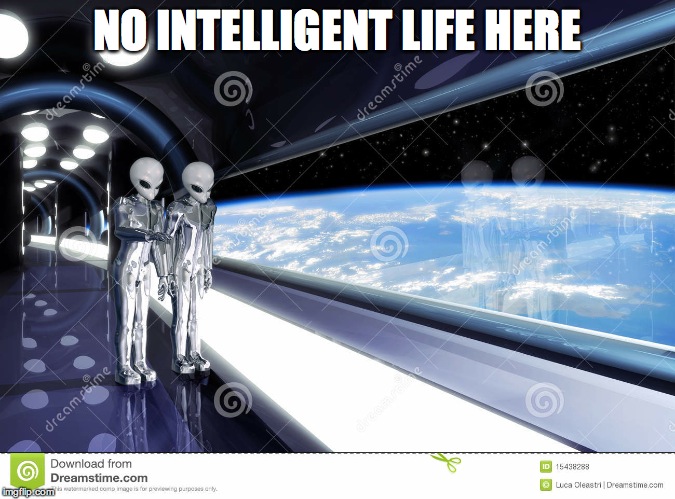 It is perhaps, a tired old meme. Earth has never been contacted by aliens because there are no signs of intelligent life here.

The Star Trek universe probably has the most specific reasons for "First Contact". Unified government, certain levels of technology, basic spaceflight - certain levels must be met, or the Federation usually will leave you be until you reach such a point.

I'm also thinking that contact with a major galactic Empire long ago and far away probably didn't go to well, but I digress.

Over the decades, Earth has helped its own cause. Most famously of all, Carl Sagan had a hand in designing the "Golden Record" that is aboard Voyagers I and II.

It is now quant for us here on Earth to think about a "record" headed into space. Children today don't even know what an LP is - less than 45 years after they were launched. What will aliens be able to do with it?

But that brings us to this little bit of graffito. 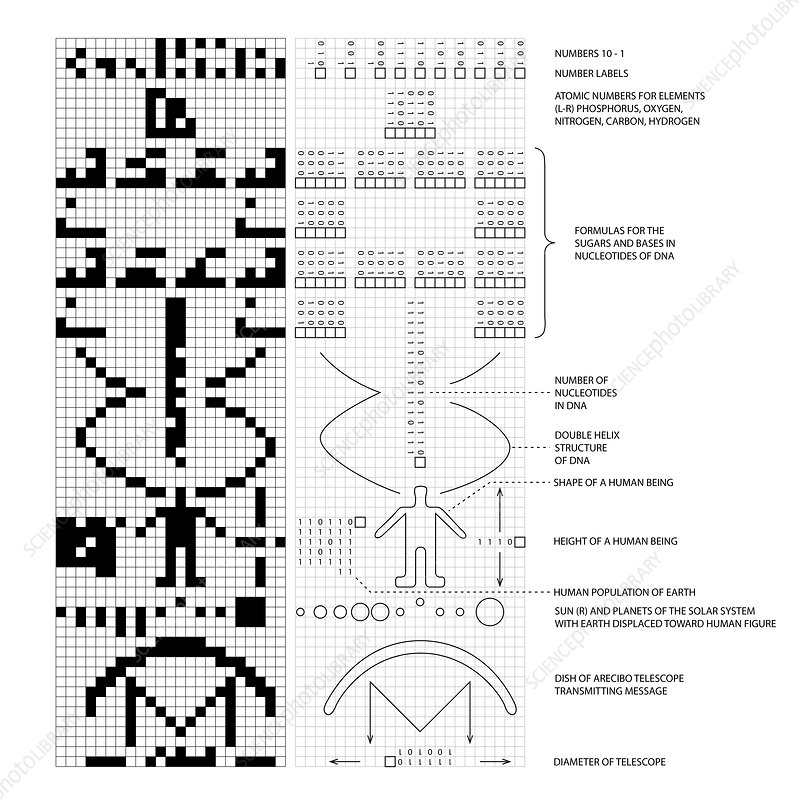 This 'message' was beamed into space in November of 1974, aimed at a nearby star cluster called M13. Due to the immense galactic distances, it will take on the order of 25,000 years before the message even reaches that neighborhood.

At the bottom of the message is an image of the iconic Arecibo telescope from where it was sent.

This was Arecibo this week.

But isn't it maybe a metaphor for science and technology in general? Although there were other underlying causes, it doesn't feel like it's accidental that this collapsed and was destroyed under a Trump administration.

It's another thing on the long list of items that President Biden needs to address in order to restore national credibility.