I have been gaming since my friend's family got an Atari and we played Pong. I was hooked. Favorite arcade games at the roller rink were Tron, Q-Bert, Centipede, Frogger and Tempest. At the Stop and Shop or Rose's Ice & Coal, were we would walk for lunch at school, it was the always popular Pac-Man then later Ms. Pac-Man. I got an Intellivision II as my very first gaming system and what I've always thought was the best game ever - Burger Time! 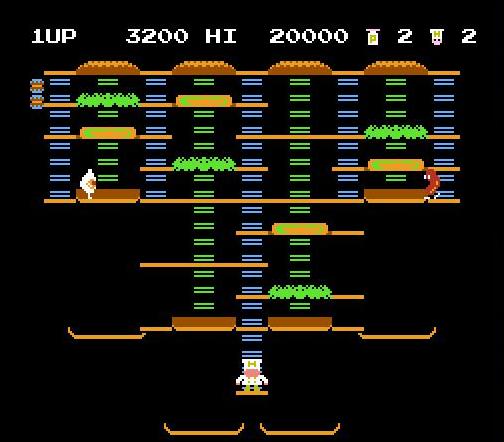 For a while I thought I'd grown out of it, I graduated college, moved north and got a job. Back then I had a tiny apartment, no extra money and a lot of stress. One year, for my birthday, my mom sent me my very own SNES (Super Nintendo) with SuperMario. I was in love again. Since then I've moved, albeit slowly, to PlayStation 2, to PlayStation 3, to a Nintendo Wii and now an XBOX 360 - that is where I stopped, for now atleast. In the gaming world, even with all this, I'm a pretty light weight gamer, choosing to stay away from the first person shooters, the intense horror and just ultra-violent games. Their just not my thing.

Now I'm sure you’re wondering why we're taking this little drive down my personal gaming history. Well, for a long time women in gaming have been over looked, often thought of as something odd. In fact, women and the gaming industry have been at odds for years. This year, however, things are starting to come to a head.

In June, game maker Ubisoft said it took too much work to create a female player character for the very popular Assassin’s Creed. Apparently boobs are hard work.

Assissins Creed Unity Cuts Female Player Because Its Too Much Work

The company debuted the game at the annual E3 (Electronic Entertainment Expo) gaming conference in Los Angeles earlier this week. The four-player game lets each user customize the main character Arno Dorian’s look to make it easier to distinguish multiple players playing at once. Ubisoft planned to include a female assassin as a counterpart to Arno, but game developers nixed it because adding a female lead to the mix was too laborious.

That has prompted a lot of snarky backlash.

Other game creators see it differently and have been working to incorporate female into newer games.

A recent study shows that women make up 48% of those that play. And 36% of the women who play are over the age of 18. That is a larger chunk of the audience then teenage boys, who game makers feel is their target.

Nintendo already has a female character that can appeal to the active first person shooter audience on the one hand, while offering the more challenging puzzles and engaging storylines that some women gamers prefer on the other hand: Samus Aran of the “Metroid.” The heroine of the "Metroid" series is an intergalactic bounty hunter who could rally women back to Nintendo with tales of her battles against aliens and pirates. Samus Aran was last featured on the Nintendo Wii system four years ago.

That’s not to say some women don’t like the shooter, horror or intense games also. Aisha Tyler, geek goddess, is famously known to play those along with many others. One of the many reason why we all love her.

So this is all great news, right? You’d think they would have started taking women gamers or those who are part of the gaming world more seriously. Yeah, apparently no. Harassment of women in gaming is on a rapid raise, again.

Yesterday, news broke that a prominent critic of the portrayal of women in pop culture, Anita Sarkeesian and her family were driven from their home because of some very scary threats because of her youtube series that take a look at certain tropes in gaming that are doing damage to women.

I've only seen one of the videos in her series, but it was really great. Check it out if you can.

Weeks prior to that Zoe Quinn, creator of Depression Quest, after her game was greenlit by Steam

…received a ton of backlash for it (which she was also accused of faking, of course), to the point where she had to change her phone number.

All the hate boiled back up about two weeks ago when Quinn’s ex-boyfriend, Eron Gjoni, wrote a series of blog posts claiming that she’d engaged in a series of affairs over the course of their relationship. One of those people happened to be a Kotaku reporter, Nathan Grayson, who’d mentioned Quinn in some coverage for the site. Many detractors took this to be a proof positive that she’d slept with him in order to get positive press for Depression Quest, but there’s no evidence to suggest that any such journalistic conspiracy took place.

Kotaku also received backlash but nothing like what Quinn has been subjected too with the almost constant death and rape threats.

As a gamer, like I said I’m a light weight, I look for games where I have some representation. I have money and the gaming industry should want it. Most do, looking at you EA and your tempting Sims4. I have to wonder though when we will be accepted by all those boys and men who feel threatened by boobs.

Oh and side note: Adam Baldwin is a total douchebag.